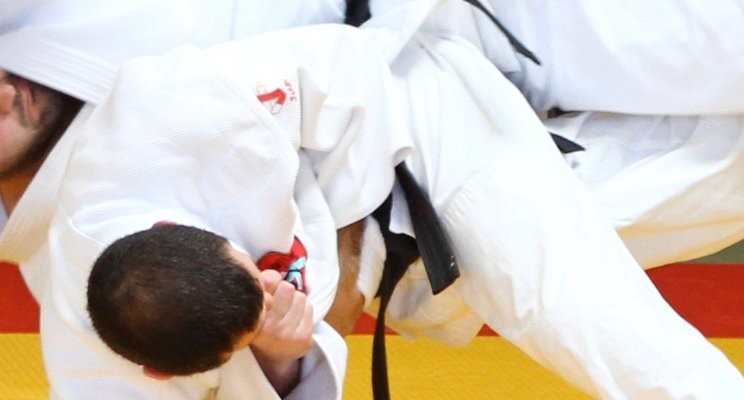 I may never get promoted again and that’s all right

Most people know that judo, like many corporations, has a well-defined system of ranks. While companies use titles like “Associate”, “Director” or “Vice-President”, judo uses a system of belts: White to brown for the Mudansha and black for the Yudansha. As a 3rd degree black belt, I hold something of a middle rank: Not bad as these things go, but definitely nowhere near the top of the totem pole. I no longer think that I will ever go further and while I am very much at peace with this, there was a time when the thought would have driven me nuts.

In my teens, I was part of a cohort of young judokas, most of us from the same boys’ school. We were friends and roughly the same age. Generally, we progressed in lockstep and got promoted at the same time. But once in a while, one of my friends would get promoted before I did. I would like to say that I was happy for my friend but to be perfectly honest, I felt mostly envious. For a very long time, few things mattered as much to me as keeping up with my peers.

As a young person, characteristically, I could never wait to get promoted to the next level. The joy and satisfaction of achieving a new rank, however, was always very short-lived. I would get promoted to manager – sorry, orange belt and wish that I had my green belt. I would get my green belt and wished I had a blue belt. In those days, driven as I was by intense ambition, whatever promotion I got felt tired almost as soon as I achieved it.

As a young adult, prestige was also very important to me, as was being lauded for what I saw back then as my own awesome prowess. Judo is supposed to be about more than yourself but back then, it was all about me: Doing well in tournaments, improving my technique, fine-tuning my katas, moving up through the ranks. I’m not sure that I could, back then, have articulated much of a purpose beyond myself. Of course, none of this is unusual in your twenties or early thirties and part of growing up is learning that not everything is about yourself.

When my children were six or seven years old, they started learning judo. It was my idea of course, not theirs, and I wanted to be involved so I approached my sensei about giving a hand with the children’s classes. Teaching, back then, did not require that I change my own trajectory in any way. The children’s classes did not conflict with any of the adult classes, which meant that I did not have to compromise my own training. I still maintained myself in fighting shape, I still competed, I still trained for gradings and I was able to continue climbing up the ranks. This was, after all, my priority.

I found that I liked teaching but of course, I was the worse possible teacher for my own children, as dads often are. I made the teaching more about me than about them. My expectations were too high and what I perceived as their lack of commitment disappointed me. Seven or eight years into it, when they reached their mid teens, all three of them chose to quit. They never really enjoyed judo the way I had, they never got as passionate about it as I am and it was in those days that I came to accept that true motivation has to come from within. Their decision was a disappointment to me, but also a great lesson and thankfully, it was not lost on me. Teaching, like leading, is about serving others, not yourself.

It was around that time, about five years ago, that I was given the opportunity to join the University of Toronto Judo Club as a volunteer instructor. University students are at a very unique and formative time in their lives. Many are away from home for the first time. They are confronted with fears and pressures that they have never experienced before. As the years go by and they get closer to graduation, they start facing the stress and anguish of having to find jobs and step into the scary world of independence and adulthood. I soon realized how important a role my fellow instructors and I could play at this very important time in their lives, bringing as we do our experience in judo but also our experience as parents and as accomplished professionals.

There is, of course, a price to pay for all of this. I have a demanding career and can only devote so many hours every week to judo. If I wanted to keep progressing up the ranks, I would have to start competing again in order to collect the required points; I would have to set aside some time every week to prepare for my next grading and I would likely have to do all this at a different dojo, with a cadre of instructors qualified to help someone like me move beyond his current level. Most likely, it would mean taking a sabbatical from teaching. At this point in my life, I am not willing to do this, which is not intended to minimize in any way the accomplishments of the many people more senior than me (including my own sensei) who have chosen over the years to continue their own progression up the ranks. All of us must make choices according to our own unique priorities and circumstances.

What I care most about has become clear to me: To have a positive and meaningful impact on the people around me – on the mats and beyond – and, in my own small way, on society more broadly. This matters much more to me now than achieving higher ranks and keeping up with my peers. I will likely never get promoted again and that’s all right.