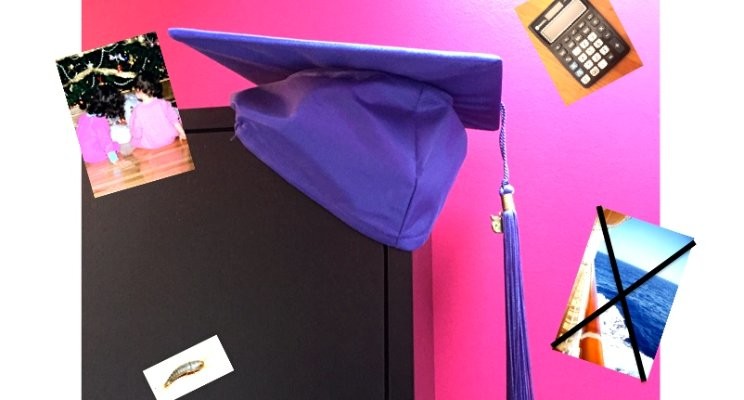 Ten things young people should remember after they graduate

As I mentioned in a previous post titled “Dad, What Degree Should I Get?“, I have two daughters in university and a son wrapping up his senior year of high school. My children went through their teens in the aftermath of the financial crisis of 2007-2008, when the “good times” – if there ever was such a thing for most people – screeched to a halt and a difficult period set in for so many in this country and elsewhere. Young people are understandably concerned about their future and although my children would likely not concede the point, I believe I know exactly how they feel.

You see, I grew up as a teenager in the 1980s, a time when residential mortgage rates in Canada hovered in the high teens, moving at times over the 20 per cent bar, and making it extremely challenging for entire segments of society, in the face of climbing mortgage payments, to achieve or maintain the lifestyle that they aspired to. I was fortunate to grow up in a reasonably well-off family – my dad was a doctor and my mom a nurse – but money definitely got tight at times and growing up in those years, one could not escape a certain sense of gloom. I remember having a conversation with one of my cousins when we were in our late teens and sharing with him my concern that we might well be the first generation in a long time to have it worse than our parents; that we’d better get ready to go without many of the things we had taken for granted growing up. That kind of gloom.

Things did not get any better in the early 1990s, with unemployment hitting a high of 11.4 per cent in 1993 right around the time when I was about to go into the world as a newly-productive member of society, having graduated from law school with both an LL.B. and an LL.M. and having just been called to the Bar. The Governor of the Bank of Canada, speaking at the Canada Club in London, U.K. in June of 1999, summed up the general mood of the 1990s in these terms: “…the past 25 years have not been easy. And they have been less prosperous overall than many Canadians had come to expect, based on the experience of the 1950s and 1960s.”

Some of this may feel depressingly familiar to young people coming of age in this day and age, including my own children who face what seems like an uncertain future in an era of disappearing jobs and perennial low economic growth. Now you might think that I’m about to get all cheery and explain why young people should not worry, as there will be jobs and riches for everyone. The point I’m about to make is more subtle than that.

My wife and I got married when we were in our early 20s. There were, of course, whispers that we had gone too fast, that we should have waited for “a better time”, i.e. once we had secure jobs, a nice house and some money in the bank.

To the contrary, we had precarious employment, no money at all and student loans to pay back. Our first apartment was small, very noisy (I can still hear Wilma berating Stanley for this or that, ten times per day), located in a bad neighborhood and we took turns squashing the silverfish that kept running on the floor in front of our feet when we watched television (we chose to believe, back then, that the vermin retired every day around the same time we went to bed for the night). Despite what objective facts clearly indicated, we thought it was a great apartment.

Having realized early on that a legal career wasn’t right for me (my wife pointing out that I was no fun to be around ever since I had started working in Law was a strong hint), I resigned from my job in the middle of a recession and became a commissioned sales representative for a mutual fund company, with no base salary to rely on. To put it plainly, if I couldn’t sell, I didn’t get a pay cheque and when I did get payed, the cheque was always small. Our financial situation got no better and the whispers got louder that the way I had thrown away what could have been a good career in Law was just plain irresponsible (especially since my wife was still in university).

That was when, adding insult to injury, we moved halfway across the country so that I could take a very junior, low-paying job at the head office of the company I had been a sales rep for. We had just learned a few months earlier that my wife was pregnant and some people clearly thought that we were out of our minds on both accounts. We were renters, money was as tight as ever and we never went grocery shopping without our pocket calculator, so that we could put this of that food item back on the shelf if we happened to go over our budget (which was every time).

However misguided other people might have though we were, we went on to have two more children in the following three years, still well in our twenties, and my wife made the decision that she would be staying at home for the foreseeable future. We still didn’t own a house despite all of the well-meaning people telling us that this just wasn’t the way things were supposed to be done (our oldest daughter was 15 when we bought our first house). Also alone amongst our friends, we did not go away on a holiday until we were in our mid-thirties – we just couldn’t afford it – and thought absolutely nothing of it.

So what is the point of all of this? My point is that back then as today, there seems to have always been a contradiction between what we are supposed to expect from life and the experience that most people will actually have. Or to put it differently, expectations are just out of whack. Widely held views would have us believe that you should expect to graduate, find a great job with a great income straight out of school, buy a house in a fine neighborhood, eat filet mignon and go away on holiday every year to exotic locations – all still in your twenties or early thirties. If you have children, they will be dressed with the finest clothes, attend the most exclusive schools and enjoy riding lessons in-between their piano and ballet classes. And if you can’t live up to those lofty expectations well, you’re a bit of a failure, aren’t you?

That’s simply not real life for most people and that is definitely not the life our family had for many, many years as we struggled to find our footing. So in order to re-calibrate their expectations, here is what my wife and I tell our own children as they consider what to expect after graduation:

Sounds depressing? It shouldn’t. Trying to live up to unrealistic expectations will drag you down. Struggling to find your footing in the real world – that’s just life, and it’s the most rewarding journey you will ever undertake!