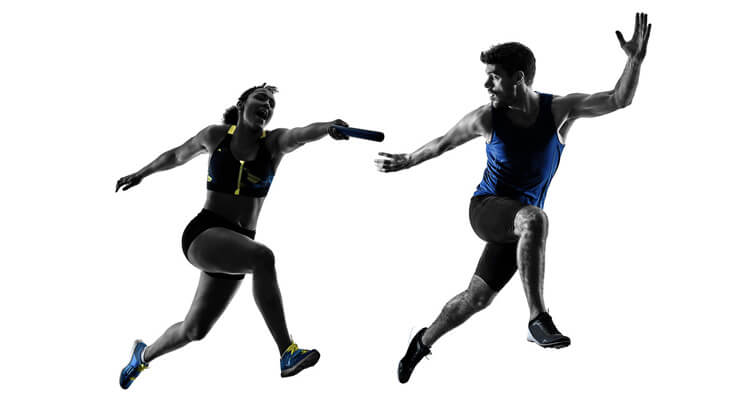 The university club where I teach judo to young adults is a great lab where I get to observe human behavior from up close and draw lessons and insight that have proved extremely instructive in other aspects of my life.

For the purposes of this article, what makes it such an interesting setting in which to observe human behavior is that the instruction offered during a given class (Beginner, Intermediate or Advanced) is exactly the same for everyone: We ask the entire class to do something and then get to observe how individual students do it – in real time.

While we run one class for the entire group and invite all of the students to go through the same routines and exercises, what they get out of it varies considerably from one person to the other. A good example of this is the warm-up. I choose to focus here on the warm-up rather than any other part of the class (technical or sparring) because the warm-up requires no unique skills or knowledge: We do some stretching, some running; various types of strength exercises such as push-ups and sit-ups; resistance exercises such as burpees and so on. Nothing fancy – just the kind of stuff that people do all the time to keep fit. Even if you’ve never done an hour of judo in your life, you could show up for one of our warm-ups and get a nice 30 min. workout.

What the students (and the instructors!) get out of the workout is entirely up to them and I’ve long been fascinated at the variety of outcomes that different people achieve under the exact same conditions: some students end the warm-up panting heavily, completely drenched and exhausted, while others have barely broken a sweat.

During a recent workout, one of my fellow instructors called for sprints, in pairs, from one end of the dojo to the other. The game is very simple: The class divides itself into two roughly equal groups; two students take their marks and when the instructor calls « GO! », they run down the dojo as fast as they can – at an all-out sprint – and then trot back to the font and do it again (and again, and again) as other pairs sprint down the mats. Or at least, that’s how it’s supposed to go.

As the exercise was in full flight, I felt the need to interject at the top of my lungs (the dojo does get noisy):

While this got the desired chuckle from the students, the point I was making was a serious one.

It’s quite normal to get some kind of distribution in a group: some people push themselves the hardest they can, some give it a reasonable effort and others can’t really be bothered to push themselves all that hard. Months and years later, those who put in more effort find themselves in terrific shape, while those who choose to just coast through the workouts have fewer improvements to show despite all of the hours that they’ve spent on the mats (which isn’t to say of course that they haven’t benefited from things such as camaraderie and time away from their books).

As instructors in a recreational martial arts program, our job is to bring along as many people as we can. We can’t mandate attendance, cut students from the classes or force anyone to do anything they don’t want to do. Any time we call for any type of exercise, it’s up to each student to decide, individually, how much effort to put into it. As a result, from a very similar baseline when they were all beginners, some students develop into excellent athletes with strong all-around conditioning and technical abilities, while others struggle to move the needle over time (and unfortunately, often end up dropping off).

It’s not just the number of hours that you spend in the dojo (or at work, or at anything else). As for many other things in life, what you get out of it depends in a very large measure on how you decide to show up and engage.