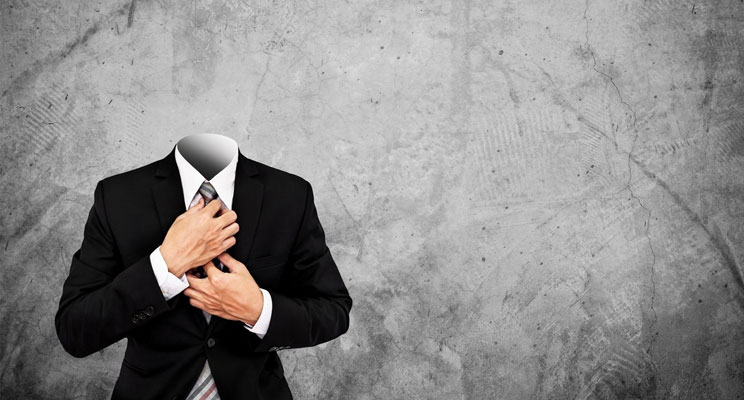 Like most of us I think, I’ve always considered myself to be a nice and friendly person although in truth, very few people self-identify as jerks. I won’t go out with you for drinks after work, distribute high-fives all around while walking down the hall or greet you loudly at a function – that’s just not who I am. But I like people, care about my colleagues and want others to feel comfortable around me. I also believe that I have a responsibility, as a leader, to make myself as approachable as possible.

How you like to picture yourself and how others perceive you, however, can be very different things and for me, breaking down the invisible barriers that I was putting up around myself despite my best intentions has been a long and sometimes arduous journey.

For years and years, going back to my early days in leadership roles, feedback like what follows was a staple of my year-end reviews – like clockwork:

Boss: “Sooo, some people seem to be a bit put off by your, hum…”

Me: “My intense demeanor?”

Boss: “Yes, that’s it – your intensity. But it’s mostly people who don’t know you well. Once people get to know you, they all say how nice a guy you are. They also appreciate the dry sense of humor… You’re a pretty funny guy!”

Me: “Once they’ve gotten to know me.”

Boss: “Well, yes… It’s something you may want to focus on. I think it has come up before.”

You have to admit that it’s an interesting situation to be in: I get up and go to work every day, first and foremost, because I value my colleagues and wish to make a difference for those around me. Yet apparently, many people, at first contact, can find me somewhat intense, if not just plain intimidating. I used to get that quite a lot and found it kind of sad because I didn’t feel that it reflected who I was. And then came the comment that really hit home, from the mouth of one of my direct reports:

Her: “I heard some members of my team, recently, saying that you’re the most invisible leader they’ve ever had.”

Her: “They’re also saying that they really don’t know you. I know that you’re busy and all that but, well, the feedback is pretty clear.”

Based on what I was saying at the top of this piece, you’ve probably gathered that I’m not the kind of guy who would be very comfortable just showing up unannounced in the middle of the day to shake hands and engage in chit-chat with people. I’m happy to make myself available and I’m always happy to talk with colleagues at any level of the organization but I don’t presume that they want to engage in a spontaneous conversation with me and the last thing I want to do is to impose myself on them.

I knew that I had to do a better job at putting myself out there but I also knew that my natural inclinations were such that I was unlikely to make a habit of “walking the floor”, although I did give it a shot (it felt quite awkward, to me at least). So how do you ensure that those who want to have access to you will get it, while not being a burden, real or perceived, on those who don’t feel the need for that kind of face time?

I got some help. With the support of my Internal Communications lead, we implemented a series of small meetings and larger ones, on a regular schedule, at our various locations across the country. We named the small meetings “Let’s Chat”.  They’re very intimate – ten or twelve people or so. The larger meetings, in a fit of creativity, we simply called “Mini Town Halls”.

A few things have contributed to the success of the approach. First, whether a meeting is a small one or a large one, attendance is entirely optional and voluntary. Second, the meetings are open to all, whether or not they’re part of my direct organization (why exclude anyone)? Third, there are no slides. There is no agenda or formal content of any kind; nothing scripted or pre-planned: I simply show up, do a quick intro to break the ice and start taking questions – anything they want to talk about (I do reserve the right to drone on for an hour if they don’t ask any questions, but that’s never happened).

As for the topics we cover, the rules of the game are very simple: I will take, within reason, any question that anyone throws as me, whether it be related to the business or whether it be more personal in nature. I’ve been asked about my career and my aspirations, about my family and my hobbies; I’ve even been asked for parental advice on more than one occasion although why people would think me uniquely qualified on that front is a mystery!

I’ve been doing those meetings for some years now and over that time, what has struck me is how few questions I get about our strategy, our business plan, our organizational structure, our quarterly results or anything of that nature. The vast majority of the questions I receive, in fact, have nothing whatsoever to do with the business.

Together with the warm reaction from colleagues to my blogging here on LinkedIn, this has led me to realize how important it is, for some people at least, to get to know their leaders on a more personal level. I don’t believe for a second that this interest is shared uniformly by all employees and there are surely many more out there who have no interest whatsoever in this, but there is undoubtedly a desire for some to simply engage person to person.

Interestingly, I no longer receive feedback about people feeling that they don’t know me. To the contrary, there have been many instances these past few years – whether waiting in line in the employee cafeteria, walking down a hallway, at the coffee shop across the street or elsewhere – of people approaching me with words like: “Bernard, I don’t think we’ve ever met but I’ve been in one of your town halls (or I follow you on LinkedIn) and…”

Are things perfect? I’m sure they’re not. I’ll always be the person that I am but perhaps I’m not as intimidating to others as I used to be because sharing something about me has given them a chance to connect, even if only in a small way, with the person behind the executive title. And I am forever grateful to the colleague who had the courage to tell his leader that I was an invisible boss, and to the member of my leadership team who cared enough to let me know that there was a problem.

First thing on the agenda tomorrow morning: Let’s Chat session with a small group of colleagues in Toronto!