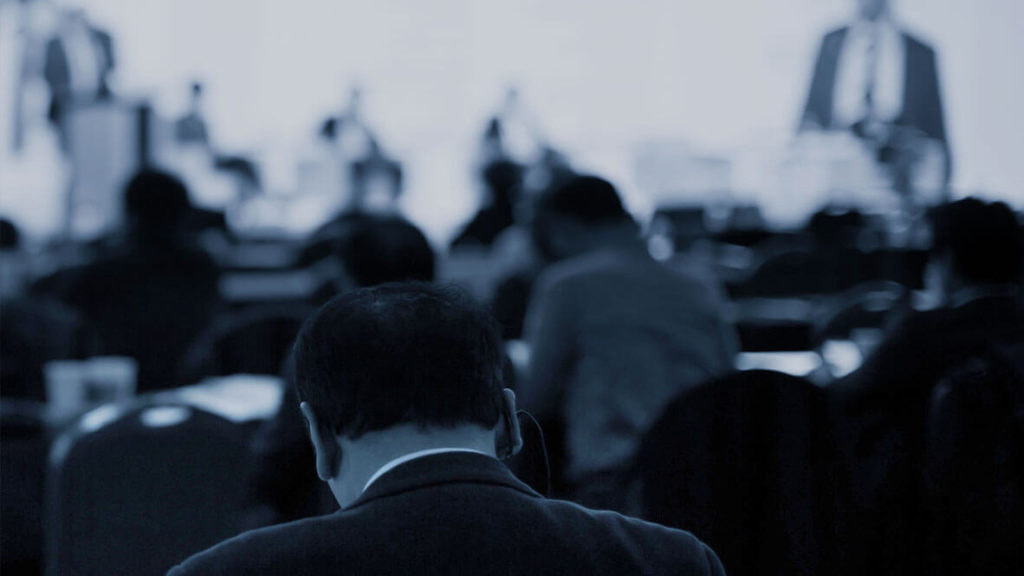 A good person with a profound question

Well over ten years ago, in what now feels like a completely different life, I attended a management meeting with a few hundred colleagues. It was one of those day-long off-sites where people come in from all over – some by car, some by train and some by plane – and get to connect with their colleagues, catch up on news and relationships, and get on the same page as a team. It was one of those off-sites that bring together people leaders of all levels and from many different functions and businesses.

Some of the attendees that day would have been very seasoned, but many more were newly minted and still finding their footing, with others yet somewhere in-between. I was in my thirties at the time, with about ten years of management experience perhaps, and nowhere near some of the others in terms of wisdom and experience.

After the light breakfast fare typical of such meetings, we were asked to take our seats and the lights were dimmed a little. Our senior executive, someone for whom I had a great deal of respect and admiration, walked onto the stage and made his way towards the podium.

He was one of the kindest people you can imagine. When he visited our offices, he would stop and chat with everyone. Whatever your rank in the organization, he would greet you warmly, say something appropriate and thank you for your contribution. Simply put, he made people feel important. He was a leader who cared and I remember not only the respect, but also the affection I think, that he enjoyed all across the organization. He was also an incredibly generous man who believed he had a responsibility to give back and who personally got involved in many important causes.

He took the podium, adjusted his glasses, and started speaking. Now you might imagine that such a senior executive, after a few pleasantries, would have jumped right into business results and objectives for the upcoming year. He did not. Others that day would touch on those things but that was not what he was there to talk about.

“Look around the room”, he said. “Imagine if everybody here – all of us in this room – became a little worse every day… If we all become worse mothers and fathers, sons and daughters, friends, neighbors, colleagues and members of the community… If we, as individuals, all become worse people every day rather than a little better, how can the company we belong to become a better organization for all of its stakeholders?”

I’m sure that the rest of the meeting was great but more than a decade on, I couldn’t tell you the first thing about the business content that was covered that day. I remember some faces and conversations, and how I felt after the tone had been set so eloquently. I remember a leader who cared, who believed in people and in what good people can accomplish when they come together around common endeavors.

I have thought much over years about the question he asked that day. Until then, I had never thought about things in those terms and it’s a question I have found myself going back to over and over. He passed away a year ago this week and the outpouring at the time confirmed the impact he had had on people within the organization he loved and much, much beyond it.