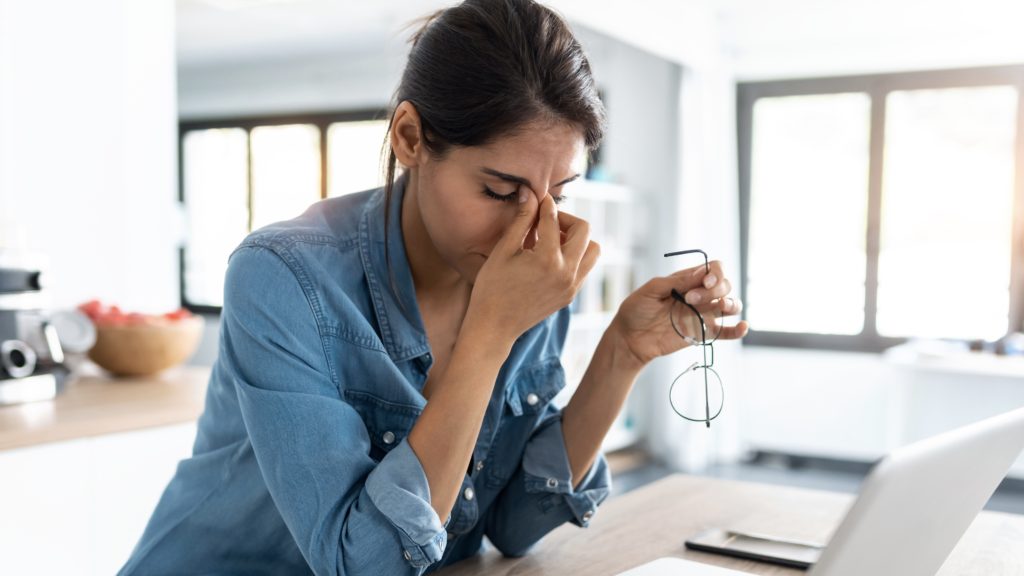 Unlimited Liability, a concept well known in militaries all around the world, is defined by the Canadian Armed Forces as the idea that “all members accept and understand that they are subject to being lawfully ordered into harm’s way under conditions that could lead to the loss of their lives. It […] modifies the notion of service before self, extending its meaning beyond merely enduring inconvenience or great hardship.”

The quid pro quo that underpins such a system is that decision-makers—ultimately, the political masters—will not abuse their power and put members of their military in harm’s way for reasons that are frivolous, self-serving, unjust, or immoral. And although this pact has been broken over the millennia more often than can be counted, unlimited liability systems of this kind are grounded in notions of service to a higher – and one would hope noble – cause, as well as unshakable bonds of trust and loyalty between those who are taking on the risk and those who are ordering them into harm’s way.

It’s worth noting that the Canadian Forces couch the principle of unlimited liability within a framework of “ethos”, “beliefs”, and “expectations”. Put another way, service “beyond merely enduring inconvenience or great hardship” is something that is embedded in the very culture of the organization and counts as a fundamental aspect of it. Culture—also known as “what we believe in and how we do things around here”—is incredibly powerful in driving human behavior. There may be “good” cultures and “bad” cultures but as we will see in a moment, this is highly subjective and where people land on the matter can vary widely based on place and time.

Let’s move on now to a different type of warrior ethos: the ethos of the fabled Corporate Warrior. Michael Wert, an Associate Professor of East Asian History at Marquette University and a specialist in early modern and modern Japan, captured the essence of the corporate warrior in a short book titled Samurai: A Concise History, published in 2019 by Oxford University Press:

“During the high economic growth beginning in the 1960s, the archetypical, dark-suited “salaryman” became the new samurai. Called the “Corporate Warrior”, such a businessman remained loyal to his company and would never abandon it for a better deal elsewhere—unlike a medieval warrior who readily switched sides or betrayed his lord. As for self-sacrifice, it was the exception that proved the rule of self-preservation for early warriors, but the business samurai was expected to sacrifice his well-being for the company.” (Michael Wert, Samurai: A Concise History. Oxford University Press, 2019, p. 109.)

The corporate warrior ethos which has led to much debate in Japan is exemplified by karoshi, or death from overwork. To argue that dying at your desk—as happened a few years ago to a young woman in her early thirties—is a matter of choice would be quite a stretch. It’s a result, in fact, of beliefs and expectations—of workplace culture. In 2018, Japan’s national legislature was concerned enough with the problem to step in with a new Work Style Reform Bill meant to curb the most egregious abuses. Whether or not this new legislation succeeds in altering behaviors remains to be seen and will depend, ultimately, on public sentiment and social norms.

It’s fascinating to observe how social norms and norms of morality evolve over time. In a classic article titled “Morals and the Criminal Law”, sociologist Richard C. Fuller, back in 1942, wrote the following:

“The broker who profits from an illegal stock or insurance transaction, the employer of child labor contrary to government codes, the anti-union boss who flaunts the National Labor Relations Act, the manufacturer who defiantly violates wage and hour legislation-all are engaging in criminal behavior in the legal sense. But are these persons regarded as immoral or anti-social in their conduct by the community in general? […] The social philosophy underlying recent governmental regulations of employer-employee and buyer-seller relations is not yet understood, much less accepted by the general public.” (p. 626)

Then and now, here and there, it is culture – ethos, beliefs, expectations – that drives behaviors more surely than laws, policies, and procedures. The fact that as early as 80 years ago, in the United States, there was still no social consensus regarding things like securities and insurance fraud or child labor, and that people could not “agree on the basic moral question of whether or not such conduct should be tolerated” (p. 629) is a great reminder of the effect that laws (regulations, policies) and values have on each other in shaping culture. Inertia can be powerful and it often takes determined insurgents, or some kind of resounding wake-up call, to cut through the prevailing apathy and kick-start the long journey of change.

This is true not only of the military and the corporate world, but also of the world of sport. In his book Combat Sports In The Ancient World, Michael B. Poliakoff quotes and ancient text which recounts the victory of Arrichion of Phigalia in the sport of pankration at the 564 BC Olympics:

“Let’s look at Arrichion’s deed before it comes to an end, for he seems to have conquered not his opponent alone, but the whole Greek nation…. They shout and jump out of their seats and wave their hands and garments. Some spring into the air, others in ecstasy wrestle the man nearby…. Though it is indeed a great thing that he already won twice at Olympia, what has just now happened is greater: he has won at the cost of his life and goes to the land of the Blessed with the very dust of the struggle.” (Philostratos, Imagines 2.6, quoted in Combat Sports In The Ancient World, p. 1)

Although this made sense in 564 BC in the context of an Ancient Greek religious festival, we would all be appalled I think (I hope?) if someone was to lose their life taking part in modern-day Olympic Games. Yet how many people continue to suffer serious injuries for our collective enjoyment and despite growing evidence of long-term harm to their health? For instance, does the fact that the impact of repeated concussions will likely show up many years in the future make it less serious of an issue than if it were to show up right away or next week?

Closer to most of us, there is mounting evidence that lifestyle “choices” such as sleeping too little will shave many years off your natural life expectancy. Matthew Walker, Ph.D., a professor of neuroscience and psychology at UC Berkeley and the director of its Sleep and Neuro-imaging Lab, puts it this way:

“Widening the lens of focus, there are more than twenty large-scale epidemiological studies that have tracked millions of people over many decades, all of which report the same clear relationship: the shorter your sleep, the shorter your life. The leading causes of disease and death in developed nations—diseases that are crippling health-care systems, such as heart disease, obesity, dementia, diabetes and cancer—all have recognized causal links to a lack of sleep.” (Matthew Walker, Why We Sleep: Unlocking The Power of Sleep and Dreams, Scribner, 2017, p. 164. See also pages 297 and 340.)

Lack of sleep is a problem of epidemiological proportions but there is also mounting evidence that working beyond a certain number of hours per week is not only greatly damaging to your health, but also completely unproductive. (For a good summary of the case for better balance, see the great little book titled Is Work Killing You? by David Posen, MD.) To be clear, very few people I know would argue that the typical job falls within the category of Unlimited Liability jobs such as military employment. And yet, an ethos continues to prevail—both at a personal and at a collective level—that extolls self-sacrifice to the point of great hardship, both physical and mental.

Is this truly what we need and want? And if not, who’s responsibility is it, in the end, to reshape a culture that promotes and glorifies this? Like most things that matter, I would think it is a shared responsibility: yours, mine, ours—but with a special onus I believe on those who have it within their power, through word and deed, demands and example, to set pace and expectations for others.

“Why,” said Xenophon, “all of us are likewise going to die; but should we on that account be buried alive?” 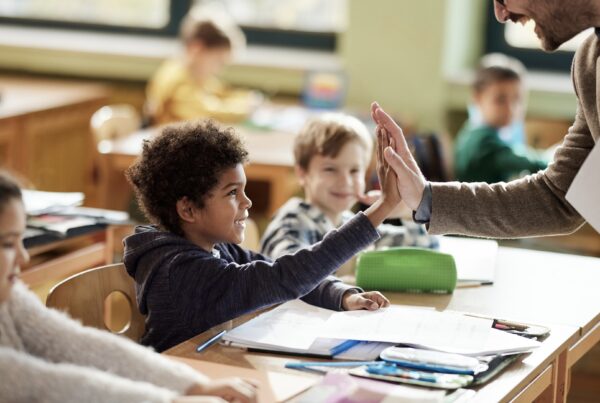 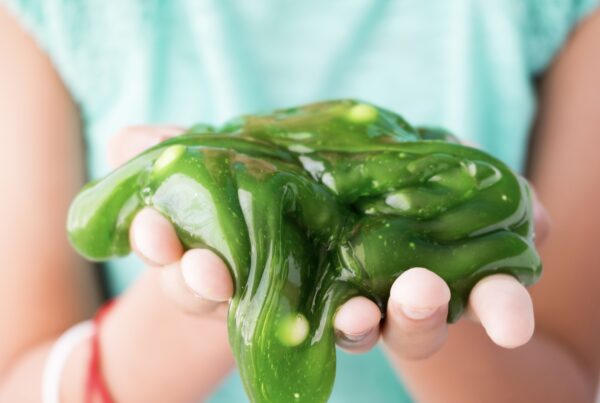