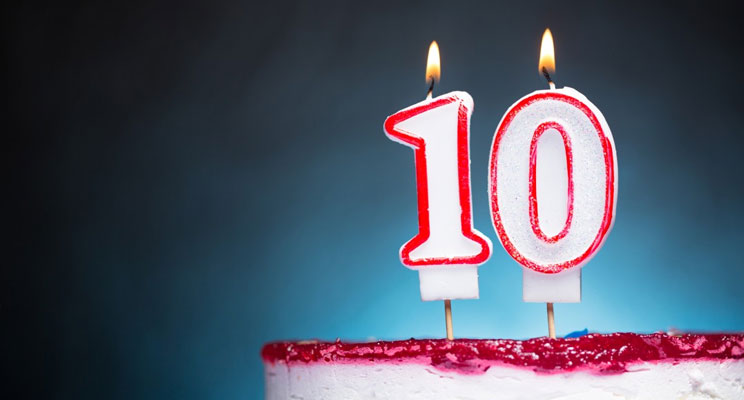 December 1, 2009. It was on this very day exactly ten years ago that I reported for duty with my new employer. Ten years later, I still work for the same company so today officially marks my 10th work anniversary.

I have told before of how I lost my job in February of 2009, on the heels of the great financial crisis. Through a twist of good fortune, I was gainfully employed by September, on a mandate that would eventually last three months. I wrapped up that mandate late on the evening of November 28th, a Friday, and over the weekend got ready for my new job.

The timing of this transition could not have worked out better. While my new job was to be based in Montreal, my first official day would be in Toronto. I flew out on the Sunday and that Monday morning, joined my new boss and his team for the last management offsite of the year.

The people I got to meet over the next few days were wonderful individuals who went out of their way to make me feel welcome. The challenges that were discussed would have seemed dauting to any others but this was a confident team with boundless ambition and a belief that it could tackle anything that would be thrown at it. By the time the offsite wrapped up, I knew I had joined the right organization for me. I had been discarded by one employer a few months before, but now I had been taken in by another. It is something for which I remain grateful to this day.

The past ten years have not always been easy. Like life more broadly, professional life is a continuous string of highs and lows, with good days and others that are not that great but for my part I have to say, many more good ones than bad ones on balance.

The journey thus far has allowed me to grow both professionally and personally. I am a very different person I think than the person I was ten years ago, more introspective and with a wealth of new experiences to draw from. I carry with me the satisfaction of having taken on aggressive goals and by and large achieving them, but not without some mistakes and failures along the way. I also carry with me the satisfaction of having become, I believe, a better person with a more balanced outlook on life and work.

Work is such an important part of our lives that it inevitably changes us. A professional anniversary tells you nothing of what lies ahead but is a great opportunity to reflect on the road already traveled and the person you have become. As I reflect today on the past ten years, my thoughts naturally go to the people who have come and gone throughout that journey, and I can only hope that their interactions with me have brought as much to their lives as being in contact with them has brought to my own.

When everything is said and done, what it really comes down to is people.