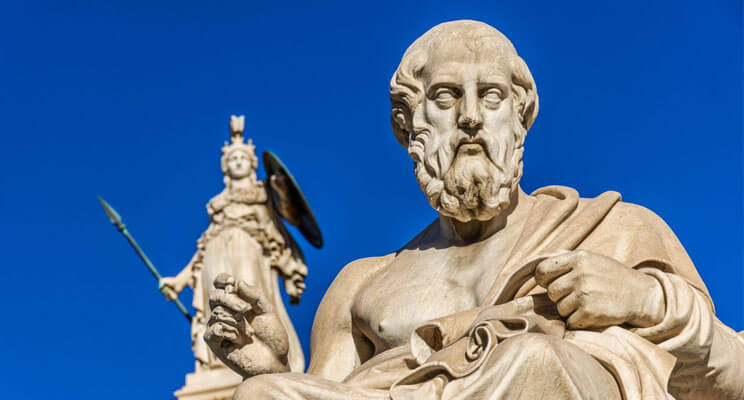 Real courage in the workplace? It shouldn’t be required.

As I press “enter” to publish this article, I’m a few hours away from addressing an audience of leaders on the topic of courage in the workplace. Specifically, I’ve been asked to discuss how employees at all levels can develop the courage required to influence decisions at higher echelons of the organization. This is a great topic and I’m thrilled to have been asked to discuss it, but it’s not a simple one.

First, I think it’s important to clarify what we mean by “courage”. In the Western tradition, one of the oldest and most famous inquiries into the nature of courage can be found in Plato’s dialogue “Laches, or Courage”, which dates back to the 5th century B.C. One of Plato’s key insights, which shines through the following excerpt, is the existence of an essential connection between knowledge, wisdom and courage:

“Why, Laches, I do not call animals or any other things which have no fear of dangers, because they are ignorant of them, courageous, but only fearless and senseless. Do you imagine that I should call little children courageous, which fear no dangers because they know none? There is a difference, to my way of thinking, between fearlessness and courage. I am of opinion that thoughtful courage is a quality possessed by very few, but that rashness and boldness, and fearlessness, which has no forethought, are very common qualities possessed by many men, many women, many children, many animals. And you, and men in general, call by the term ‘courageous’ actions which I call rash; — my courageous actions are wise actions.” (Plato. Laches: With Introduction and Analysis by Benjamin Jowett M.A., Kindle Edition, pp. 38-39)

There’s no law anywhere that says that you must agree with ancient philosophers so you may rightly disagree with all of this (as long as you can articulate your reasons, of course!). I for one happen to agree with Plato and like to define courage as doing what is right in a particular situation in the face of some kind of risk or danger to one’s safety or interests.

Courage is a tricky notion because it implies 1) an understanding of what is the right thing to do, as well as 2) a lucid acknowledgment of some kind of risk or danger if I decide to take action accordingly. Without such attributes, we’re in the presence of mere brashness or folly; actions that, as a result of their mindless nature, cannot be said to rise to the level of true courage. Courageous employees are a good thing; brash employees are not.

How likely then is it for employees to exhibit courage in the workplace? Rather unlikely I believe, and asking people to act courageously in the normal course of business would be unfair.

This is quite a statement so allow me to explain myself. If you go back to the definition of courage that I used above, asking employees at any level of the organization to exhibit true courage implies that having wisely come to some conclusion regarding the right course of action in a specific situation, acting accordingly or speaking their mind honestly and truthfully (and with respect, I assume) might expose them to unpleasant consequences or reprisals.

To me, this would denote an organization where prevails a culture of fear; where doing the right thing is perpetually in conflict with the natural instinct of self-preservation that has been hard-coded by evolution into all of us. Such a culture would not be conducive to people striving towards any kind of greater good.

Unless your occupation requires you to put your safety at risk for a living (military personnel, for instance), if employees where you work have to tap into deep wells of courage on a regular basis in the normal course of doing their job, you’re part of a dysfunctional organization. Doing the right thing – which includes giving your colleagues and superiors the best information and advice that you can offer – simply shouldn’t be cause for fear or concern.

To be clear, I’m not suggesting for a second that courage is unimportant and should not be cultivated in every way possible. Quite the contrary.

I spend a lot of time thinking about courage, one of the fundamental values of the moral code of judo. Indeed, I have a tattoo on my back which spells the word “courage” in kanji characters. I got it a very long time ago, not as a mark of personal courage but as a constant reminder of the unique position that courage holds in the pantheon of virtues: What is the use after all of being blessed with knowledge, intelligence and wisdom – of knowing what is the right thing to do in a given situation – if you lack the courage to act accordingly? Courage, I believe, is the virtue through which other virtues are brought to life.

As I have written previously, courage is also required for effective collaboration: “True collaboration requires courage – the courage to speak your mind and stand your ground when you believe that the team is going down a wrong path.” There is such a thing as pathological consensus-seeking and this too, I think, can indicate a culture of fear – albeit fear in the name of some misguided form of “collaboration”.

We all have fears – fear of disappointing, fear of speaking up, etc. – and conquering them, for most of us, is a lifelong journey. Tackling scary challenges large and small builds our confidence and allows us, over time, to push back the limits of what we’re afraid of. Leaders, like parents and educators of all kinds, have a critical role to play in this, by creating ever-growing challenges for us, in lockstep with our increasing ability to handle them. Helping people develop virtues of character such as courage and many others, in my view, is one of the key things that sets formal and informal leaders aside from other people.

What does it all mean for organizations everywhere? Well, like I said earlier, there’s no doubt that courage is important and there may even come a time when your organization’s future will depend on having in its midst enough truly courageous people. But courage, by definition, is difficult. The way to increase it in your organization is to foster and develop it in people, step by step through habit, as I outlined above, as opposed to beating it out of them.

Doing the right thing in the face of risk or danger – real or perceived – is tricky. As Duke University professor of psychology Dan Ariely wrote in Predictably Irrational: “Even good people are not immune to being partially blinded by their own minds. This blindness allows them to take actions that bypass their own moral standards on the road to financial rewards. In essence, motivation can play tricks on us whether or not we are good, moral people. As the author and journalist Upton Sinclair once noted, “It is difficult to get a man to understand something when his salary depends upon his not understanding it.”” (Dan Ariely. Predictably Irrational: The Hidden Forces That Shape Our Decisions, p. 305)

As leaders, we must work hard to bring about the kind of culture in which employees don’t feel that they have to put themselves in jeopardy in order to do the right thing. When push comes to shove, acting with courage is about having a strong moral compass and being willing to act in accordance with it. Showing courage is admirable. But we all come to junctures in life where fear, despite our best intentions, runs the risk of derailing us from the right path. You want people around you to exhibit courage when the going gets tough? Demonstrate day in, day out, through your actions, that you’re worthy of their trust and that doing the right thing is always rewarded on your watch.