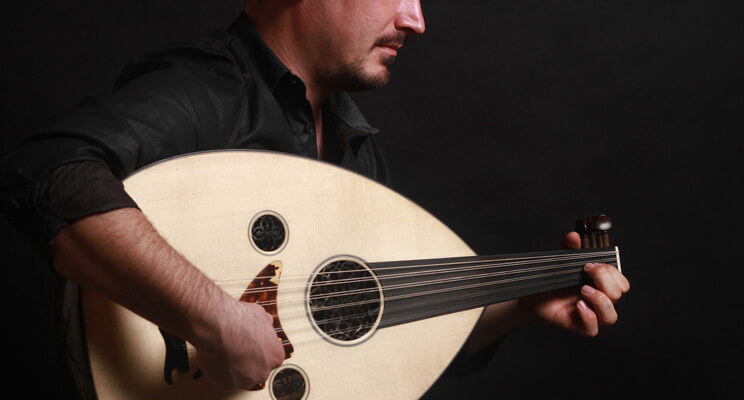 The wonders of cross-pollination

I’m currently visiting Montreal – the primarily French-speaking city where I was born and raised – and was having lunch today, enjoying excellent shawarma at a local Lebanese restaurant while tapping my foot to the beat of Arabic music when my mind started wandering…

Sitting there on my own, the sounds and tastes brought back vivid memories of a holiday that my wife and I took in Morocco a few months ago. Morocco was once part of the great Umayyad Caliphate which, from Damascus in modern Syria, controlled an empire that sprawled all the way to the French Pyrenees and encompassed in the process all of Spain and Portugal, then collectively known as Al-Andalus.

This Caliphate soon fragmented and Al-Andalus became the independent Caliphate of Córdoba which ruled for hundreds of years, in one form or another, over the diverse population of Jews, Christians and Muslims of the Iberian Peninsula. I imagine that the cities of Al-Andalus must have looked and felt much back then like the Kasbah of Marrakech does today (minus the tourists and the scooters).

Scholars such as Ibn Rushd, a Muslim known in the West as Averroes, Moses ben Maimon, a Jew better known to us as Maimonides – both of them born and raised in Córdoba in the twelth century – and many others like them who were products of this culture, became important vectors for the rediscovery in medieval Europe of ancient philosophers such as Aristotle, who’s writings had been all but lost to the West, triggering in the process this most remarkable period of Western civilization known as the Renaissance.

Andalucia, as the southern part of Spain is now known, is also famous of course for giving to the world Flamenco, the result of one of one the richest and most fascinating cultural and artistic fusions that has ever been. My wife has been dancing flamenco for as long as I can remember and as a result I have seen, over the years, more flamenco shows and concerts than I could count, on multiple continents.

It was during a trip to Andalucia with my family a number of years ago that I learned how far flamenco has traveled beyond its initial home. I knew of course that people learned, danced, played and sang flamenco in North America but I was surprised (shocked?) to learn that flamenco is all the rage in Japan. In fact Japan – of all places – now has more flamenco schools than all of Spain, let alone Andalucia, which explains perhaps the many Japanese flamenco dancers that I saw performing on the streets of Seville.

“How interesting”, I remember thinking: “My wife practices a Spanish art form that attracts more students in Japan than in Spain itself while just North of here in France, Judo, a Japanese martial art which I’ve been practicing for decades, is practiced by over 600,000 people – second only to its home country of Japan.”

It’s not surprising perhaps that France, with its rich martial arts culture as well as an intellectual and philosophical tradition dating back to the middle ages, has produced much thinking as well as influential writings on the system of thought and values – the philosophy if you will – that underpins Judo and other Asian martial arts collectively known as Budo. Which brings me back to Aristotle – reintroduced to the monasteries and universities of medieval France, as we saw earlier, through the writings of great scholars of Al-Andalus such as Averroes and Maimonides.

One of the central tenets of Aristotle’s philosophy is the notion of developing virtues and character through what he calls “Practices”. He famously believed in building character through wrestling, which was practiced in his school, the Lyceum of Athens, side by side with the pursuit of wisdom. To me, the study the Japanese style of wrestling known as Judo fits the definition of a Practice as a glove, which takes nothing away from the Confucean underpinnings of all Japanese martial arts. So does the practice of Flamenco, another character-building art, but not of the fighting kind.

And so you have it: An ancient Greek philosopher gets reintroduced in the West by Jewish and Muslim scholars via the remnants of a Muslim empire that had been centered on Damascus; A traditional art form from Andalucia which evolved through the mixing of some of the multiple cultural traditions of this ancient empire has more adepts today in Japan than in Spain; A Japanese martial art puts down deep roots in France where some practitioners leverage a rich intellectual heritage into an original contribution to the philosophy of Budo; and a French-speaking judoka married to a Quebec-born flamenco dancer eats shawarma in Montreal to the beat of Arabic music.