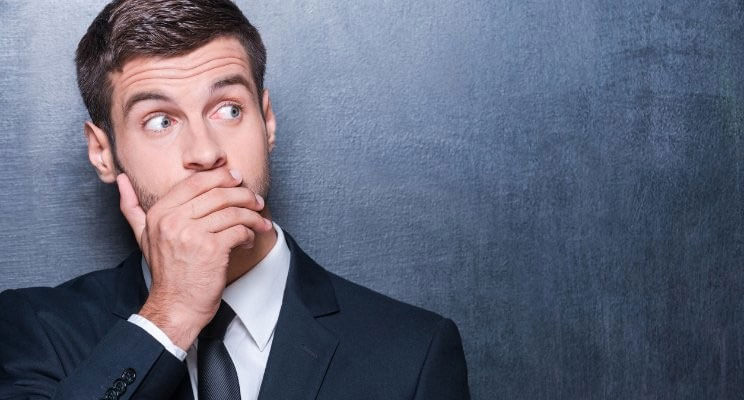 Did you just say what I think you said???

I live in Toronto, a predominantly English-speaking city, and have worked in English most of my professional life, but English is actually my second language.

I grew up in Quebec and completed all my schooling in French, from grade school to high school, to college, to law school. My entire family is French-speaking and that’s also the language that I speak at home with my wife and children – without exception. You would hardly know this from speaking with me, because I’ve worked hard at my language skills over the years. But being a French Quebecer is my cultural and linguistic heritage (no, that’s not how you actually pronounce my name) and I’m proud of it.

I have worked for organizations headquartered outside of my home province for most of my professional life and subtle biases abound. Quote a research paper from my alma mater, one of the great French-language research universities in the world, and watch the dubious looks on people’s faces, as if academics conducted in a language other than English were somehow not on par with their Anglo-Saxon counterparts. This view also seems to apply to things such as business acumen and other qualities, which perhaps fall just a bit short in some people’s minds. We speak with a funny, somewhat unsophisticated accent. Oh – but we are possessed of a remarkable joie de vivre and, apparently, produce great hockey players.

Some years ago, a colleague at work – a peer – made a very offensive comment about my community, in my presence. The gist of the comment was that French Quebecers were, on balance, lazy and endowed with a poor work ethic. French Quebecers, in his view, also expected more compensation than their English Canadian counterparts despite their (in his mind) lower output, in order to fund their profligate lifestyles. Other people around the table laughed uncomfortably as my colleague added that, of course, his comments didn’t apply to me.

There was a time, before the 1960’s, when French Quebecers formed a socio-economic underclass in their home province and were widely disparaged in some circles (look it up, it’s no laughing matter). My maternal grandfather used to tell me stories from those days when I was a child. For that reason, perhaps, I found my colleague’s comments both insensitive and offensive. Then I thought of all the people that were also included in his comments – my family of course, but also many friends and colleagues – and felt a bit sad. “Well, I guess that’s how some people still think about us.”

What I did not do was launch a petition against my colleague, try to obtain his resignation or take to social media to shame him publicly; in other words, try to ruin his career and his life. Instead, I had a conversation with him, during which I pointed out how inappropriate his comments had been. He immediately realized that what he had said was wrong and apologized. And I never again heard a comment of that nature from him in the years that we subsequently worked together. Case closed.

I believe to this day that my colleague was a good person who happened to have made a bad error in judgement. People have seen their careers irredeemably damaged and their reputations publicly ruined for making comments like his; for making a joke in poor taste or uttering a comment in the heat of the moment that they immediately regretted making. And vengeful reactions of this nature are becoming more common.

I claim for myself and others the respect that is due to all but I don’t believe in extreme reactions to every slight, whether real or perceived. When I think of my colleague, I believe that such a punishment would have been completely disproportionate to the offense. It would have been wrong, plain and simple.

I also believe that it would have been counter-productive. Outrage is the rightful reaction to some situations but it should be invoked with care. Intolerance cuts both ways and extreme reactions have a way of causing extreme counter-reactions. I would rather try to win over new allies through dialogue and education than push entire segments of the population into hardened positions for the sake of making a public example of every misguided individual I come across.