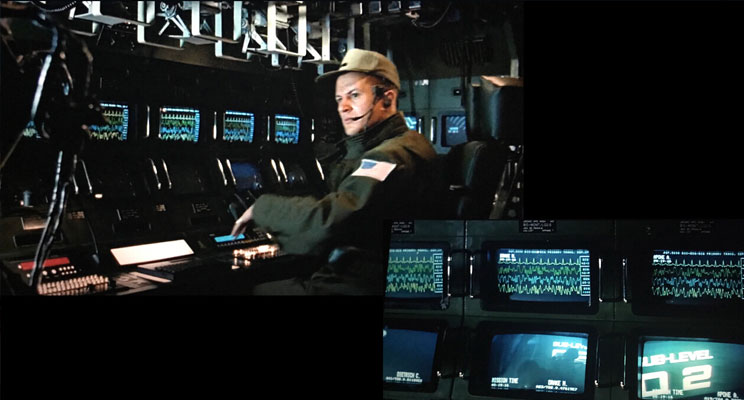 I admit it freely: Whether it be books or movies, I’m a huge science fiction fan.

I recently re-watched one of my perennial favorites—James Cameron’s 1986 ‘Aliens’ starring Sigourney Weaver as Ellen Ripley. About an hour and ten minutes into the movie, there’s a great scene in which a detachment of Colonial Marines is sent on a reconnaissance mission deep into the bowels of the colossal terraforming station.

The officer in charge of the mission, the rather hapless Lieutenant Gorman, remains on the ground floor, directing operations at a distance from the safety of his armored vehicle while his Marines head ever deeper into the station’s sub-levels.

As tension grows and the inevitability of some kind of confrontation dawns on the viewer, Lt. Gorman receives new and critical information:

Ripley: “If they fire their weapons in there, won’t they rupture the cooling system?”

Gorman: “Look… Apone? We can’t have any firing in there. I want you to collect magazines from everybody. […] Just do it, Sergeant.”

No information is provided to the team, which is ordered to just obey blindly. The response, understandably, is complete and utter disbelief. “What do we use”, asks one incredulous Marine, “harsh language?” Unable to make sense of what appears to be completely unreasonable instructions, the team refuses to carry out the order. Much mayhem follows.

“Kanter’s (1993) theory of structural empowerment includes a discussion of organizational behavior and empowerment. According to this theory, empowerment is promoted in work environments that provide employees with access to information, resources, support, and the opportunity to learn and develop. Kluska et al., (2004) have noted that psychological empowerment includes feelings of competence, autonomy, job meaningfulness, and an ability to impact the organization. Employees who are empowered are more committed to the organization, more accountable for their work, and better able to fulfill job demands in an effective manner (Degner, 2005).” (Larkin, Mary E. et al., Empowerment Theory in Action: The Wisdom of Collaborative Governance)

Kanter first came up with a broad outline of her theory in a seminal article titled “Power Failure in Management Circuits” published in 1979 in Harvard Business Review. The article, which has been quoted over 1300 times in academic literature over the years, anticipated some key aspects of the theory she became known for:

“1. Lines of supply. Influence outward, over the environment, means that managers have the capacity to bring in the things that their own organizational domain needs—materials, money, resources to distribute as rewards, and perhaps even prestige.

2. Lines of information. To be effective, managers need to be “in the know” in both the formal and the informal sense.

3. Lines of support. In a formal framework, a manager’s job parameters need to allow for non-ordinary action, for a show of discretion or exercise of judgment. Thus managers need to know that they can assume innovative, risk-taking activities without having to go through the stifling multilayered approval process. And, informally, managers need the backing of other important figures in the organization whose tacit approval becomes another resource they bring to their own work unit as well as a sign of the manager’s being “in.”

It’s really pretty simple: In order to do the best possible job, you need the tools, the information and some discretion over how to best accomplish your mission.

Although they likely never studied Kanter and her successors, the creators of ‘Aliens’ perfectly captured the key elements that distinguish empowered organizations from others that are less so. But of course, academic research is not the only path to knowledge. As Andrew H. Van and Paul Johnson explained in 2006 in “Knowledge for Theory and Practice”:

“Objectivity has often been viewed as at the heart of scientific knowledge. […] In contrast, practical knowledge advances through a more subjective involvement of one who knows and acts. The personal standpoint of the individual engaged in praxis yields a kind of knowledge that is critical to effective, practical action. Knowing how to do something emerges through continuous dialogue among practitioners. Understanding is transactional, open ended, and inherently social. The inquirer does not stand outside the problematic situation like a spectator; he or she is in the situation and in transaction with it.”

Over more than three decades, I’ve learned through direct experience and deliberate practice that empowered teams are more engaged, more motivated and more successful than teams that are micromanaged. I also know that I’ve done my own very best work over the years when I was truly trusted and empowered. I’m grateful for all the leaders who have trusted and supported me throughout my career, but also for the more controlling ones who helped me realize that the other approach leaves much to be desired.