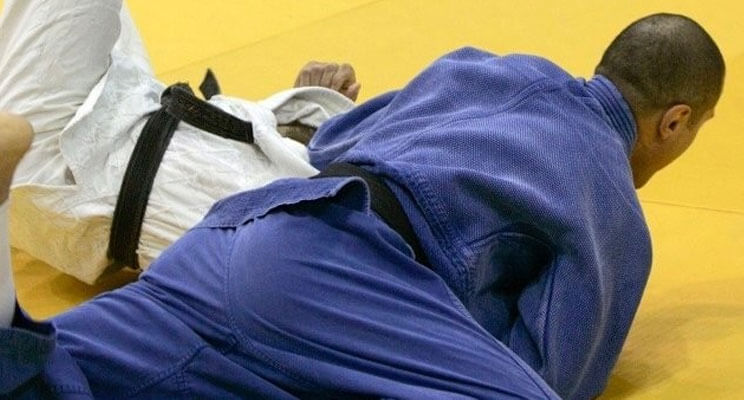 To fight fairly and with respect: A primer on respectful debate from the world of martial arts

We can’t always agree on everything. Nor, frankly, would it be desirable that we do.

Debate and disagreements are cornerstones of progress and innovation in all aspects of life and if it wasn’t for people disagreeing with each other from time to time — lone voices as well as groups of individuals large and small standing up against generally accepted views — many of the good and great things that we now take for granted — victories of reason such as human rights and modern science, for instance — would never have seen the light of day.

Galileo, Martin Luther King Jr. and Susan B. Anthony were seen by many, in their times, as dangerous radicals. We are grateful now that they had the courage to stand up to the misguided ideas of their age but in those days, many would have preferred to see them silenced.

Then as now, it can be tempting to shut debate down for the sake of personal or collective serenity. But doing so is a recipe for stagnation, simmering resentment and worse (with the exception of libel, slander, hate speech and incitement to violence, which are rightly banned and not the subject of the present article).

Debating issues fully and openly allows us to reach better decisions, and fostering diversity of views and beliefs makes us stronger in the long run. But allowing or encouraging people to put forward and defend diverse points of view — at home, at school, in business and in society at large —, can make things uncomfortable.

In any kind of adversarial situation, tempers can easily flare. Parties on either side of an argument tend to become entrenched in their views. We stop listening. And we all know how tempting it is to ascribe malicious intent, or how easy it is to develop ill feelings towards those who stand on the other side of a debate.

[edgtf_blockquote show_mark=”yes” text=”Many people find it difficult to deal with positions that they disagree with.”]

Lest it descends into acrimony and violence, vigorous debate — like any adversarial process — is best conducted with fairness and respect. But respectful debate is not easy to master and many people find it difficult to deal with positions that they disagree with in a way that is fair, balanced, safe and mutually respectful.

I’ve been practicing judo for almost 37 years and I like to draw life lessons from the world of martial arts. This is one of those instances where the lessons from the dojo apply particularly well off the mats, because if you think that it’s hard to keep your emotions in check when debating ideas, imagine just how difficult it might be to do so during the course of a physical confrontation.

There is something extremely visceral about fighting another person hand-to-hand, and it naturally brings forth one’s most primordial emotions. Combine those powerful emotions with potentially dangerous techniques such as chokes, armlocks and takedowns and you can start to understand the issue. Things could easily get out of hand and practicing fighting arts like judo and others would be simply too dangerous if it wasn’t for the sense of fair play and the strong mutual respect that are inculcated into practitioners through regular practice and the weight of traditions as a way of bringing those emotions under control.

[edgtf_blockquote show_mark=”yes” text=”When having difficult conversations, it is essential to keep one’s emotions in check.”]

Etiquette and decorum play an important role in traditional martial arts, where they are seen as the embodiment of mutual respect, and respect for the art itself. That is why Senseis insist on decorum and proper etiquette — or reishiki — from their students at all times. Reishiki encompasses many rules and behaviors, but none more important perhaps than bowing to other fighters before and after sparring with them (in the dojo) or fighting with them (in tournaments).

In the words of Kano Shihan, founder of judo, “Bowing is an expression of gratitude and respect. In effect, you are thanking your opponent for giving you the opportunity to improve your technique.” (Kodokan Judo, page 31). One of his direct students, the great Kyuno Mifune, expanded on this idea in the following words: Bowing, he wrote, “expresses your sincere respect and affection for another human being by holding your spirit and mind in the correct way. It is the basis for a structured society and a dignified existence.” (The Canon of Judo, p. 31; my emphasis) In other words, bowing in respect is something that you do not only with your body, but in mind and in spirit as well, with sincerity.

To me, this goes to the heart of what it means to be a good martial artist: While I may be fighting with all of the determination that I can muster, it must never be my intention to harm or injure my opponent. Not only do I not wish to harm, but I must take personal responsibility for my opponent’s safety and well-being.

This idea that fighters must take personal responsibility for each other’s safety and well-being is absolutely critical and is the ultimate expression of mutual improvement through mutual respect. It is indeed the great paradox, but also the great lesson of traditional martial arts such as judo that from fighting can emerge greater harmony. In the words of Kyuno Mifune: “to promote happiness in human society […] is the main goal of judo.” (The Canon of Judo, page 31)

[edgtf_blockquote show_mark=”yes” text=”Being able to spar fairly and respectfully over important ideas is the key to achieving better outcomes.”]

Whether in our homes, our universities, our businesses or our society at large, debating issues fully and vigorously — “fighting” or sparring respectfully over important ideas — is a tried and tested path to better outcomes. Fostering diversity of views and beliefs makes us stronger in the long run, while shutting down debate is a recipe for stagnation, simmering resentment and worse. But conducting debates on many types of issues in a way that is fair and respectful is difficult and I sometime fear that we are, both collectively and individually, getting worse at it.

There is much to learn, I believe, from two people who fight each other with all the skill and determination that they can muster, only to bow respectfully to each other after the fight in a display of genuine friendship. In the same way, when done right, greater harmony and understanding can truly emerge from vigorously debating opposite points of view.