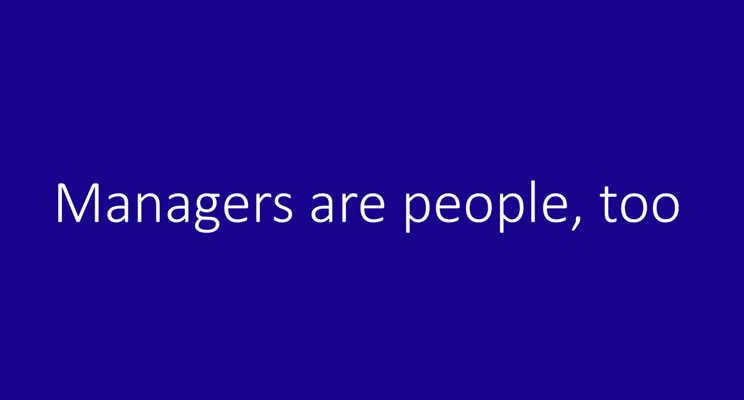 Managers are people, too

In his influential book “After Virtue”, moral and political philosopher Alasdair MacIntyre put forward the contentious view that professional managers within bureaucratic corporations – whether public or private – are intrinsically (by their very nature) amoral.

The charge, which takes aim at the managerial ethos first expounded by sociologist Max Weber in the 19th century, is that managers treat organizational aims and methods such as allocating resources effectively, maximizing profits, etc. as givens and subordinate their actions to those aims without question; subsume themselves into the organization, abandoning in the process their status as distinct moral agents.

According to this depressing and disturbing view (which is a clear misreading of Weber), adopting the managerial ethos requires “the eradication of all personal feelings and their replacement by soulless instrumentalism.” (Paul du Guay, In Praise of Bureaucracy, Kindle Edition) Variations of this view eventually found their way beyond narrow intellectual circles and into the broader population, where corporate managers are not always seen in the most favorable light.

There are many problems with such a view. The first one that jumps out at me pertains to where precisely one should draw the line on this alleged amorality within bureaucratic corporations: Senior executives? Middle management? Junior managers and team leaders? Who exactly should be counted as amoral by virtue of being “managers”? At what precise point does one relinquish his or her status as a moral agent? Wherever one may choose to drawn the line, given that the corporation is perhaps the most prevailing form of social organization in developed economies, you’re looking at pulling an awful lot of people into a very unflattering moral category.

A second question, I think, has to do with degrees of morality. Is this a binary switch – either On or Off? Are all managers in this view to be seen as equally tainted, or is amorality somehow proportional to seniority? And if the latter, what does that say about anyone who aspires to broader responsibilities?

I have stated previously that people at all levels of an organization should take stock of organizational mission, vision and values to make sure that they are not, on balance, incompatible with their own (i.e. morally repugnant). Beyond that though, looking at corporate aims, methods and values as one-sided matters of adhesion misses a critical part of the equation.

New and important ideas are constantly being framed and debated, reshaping society. What we are observing for instance in the growing importance of corporate social responsibility, to take only one example, is a convergence of interests across multiple stakeholder groups, with broad coalitions of people within and without corporations – customers, employees and shareholders – all influencing organizations to go beyond aims and methods that are supposedly just “taken as given”.

To put it in another way, commercial organisations have in their clients, employees and shareholders a variety of stakeholders — moral agents endowed with the ability and motivation to nudge things in the direction of their own beliefs and values and who are constantly doing so from within and without.

Progress of this nature takes time of course, and often requires a catalyst in the form of opinion leaders. As Francis Fukuyama explained in a different context but applicable to the topic at hand:

“Social mobilization will not take place in the absence of ideas… In this respect, intellectuals play a critical role in interpreting the world, explaining to the public the nature of its own self-interest, and positing a different world that alternative public policies might make possible.” (Francis Fukuyama, Political Order and Political Decay, p. 157)

Getting back to MacIntyre’s charge in the opening paragraph of this article, the idea that people who work at any level within bureaucratic organizations somehow check their beliefs and values at the door every time they get to work and subjugate themselves blindly to aims and methods that are beyond question is, in my experience, completely unfounded. Organizations are not machines, in which people are only soulless cogs. They are previously in their own right, where conversations are constantly happening – at all levels – about who we are and who we want to be, what we believe in and how we should do things in order to live up to our shared values.

I have argued in a previously that “whereas the manager is morally agnostic, the ethical leader helps to bring about an ethical culture within the organization.” I am also on the record stating that “You’re no leader if you don’t care – deeply – about the people you lead: their welfare, their development, their success, their health, etc. You may be the boss, but that’s a completely different thing from being a leader.” Perhaps what we are witnessing then is simply the categorical refusal by today’s corporate employees to go along with morally vacuous roles like the ones excoriated by MacIntyre; to leave their humanity at the door when they come in to work every day. Perhaps we do have leaders rather than managers.

Whatever the explanation may be, in this day and age, employee passivity in the face of moral issues is a complete fiction and this extends to managers/leaders, who after all are just people like everyone else. There is, as a result, no reason to accept the view that working for a bureaucratic corporation in a management role, by its very nature, requires “the eradication of all personal feelings and their replacement by soulless instrumentalism”. Thankfully and with all due respect to the great man, that’s just not the way things work in today’s world. 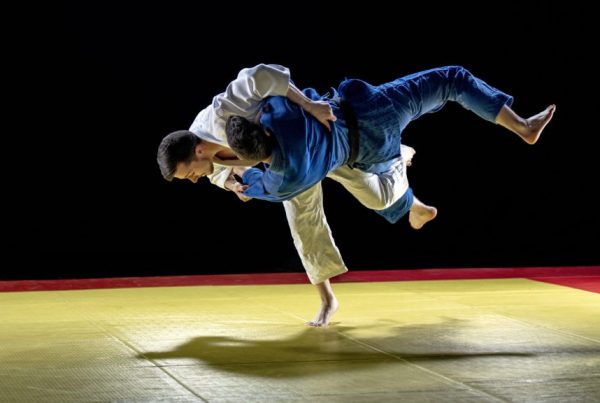