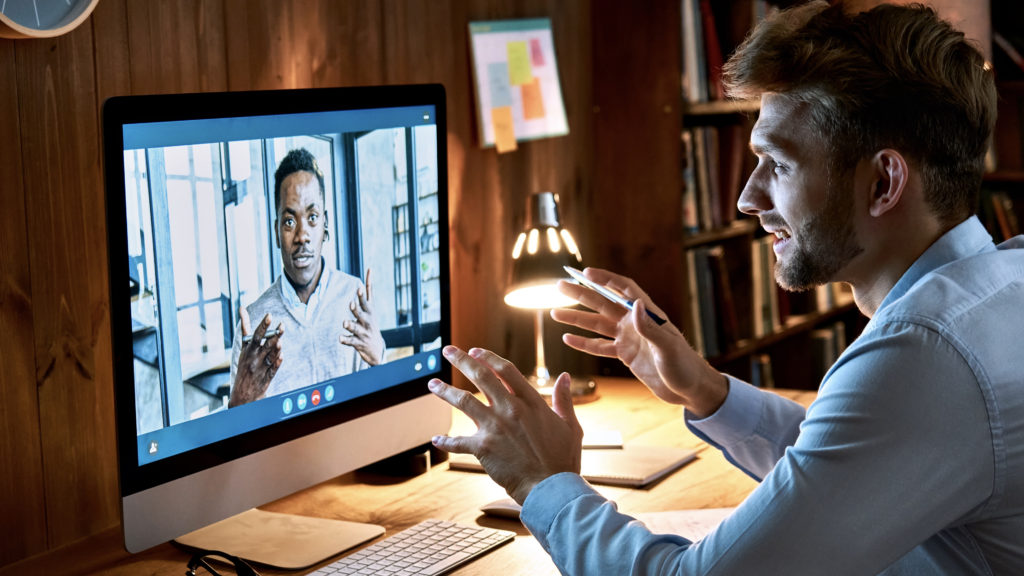 It’s the time of year again when people everywhere scramble to complete their mid-year reviews before going on holiday for a few weeks. For some, formal reviews are a time to step back, reflect on the previous months and get ready for the stretch that lies ahead. For others, documenting their mid-year is one more thing on their plate, a mildly annoying time gobbler that just crowds out other priorities. And for leaders with large teams, it’s a time-consuming task that can easily turn into a low-value box-checking exercise.

There has been much debate regarding the usefulness of formal reviews and according to an article published in Harvard Business Review in 2016, more than one-third of U.S. companies have now dropped them altogether. (1) While I do take part in such a structured process, I’m personally not a big fan of formal reviews and believe that feedback is inherently more useful when it is offered in the moment.

Feedback, as compared to financial or sales data for instance, is not just information. If it were, all you would need is a dashboard with a bunch of measures – like the instrument panel in an airliner’s cockpit or the monitors in an operating room (thankfully, most of us aren’t there yet). Feedback does involve an exchange of information but it also embeds intentionality, as it should be offered by one person to another with the genuine objective to foster better outcomes for all parties involved – the person, the team, etc.

Feedback should also be a two-way street. What members of your team can see from their own, unique vantage point may be every bit as important as what you see from yours so feedback should be an ongoing, two-way exchange. Over the years, I’ve developed the habit of seeking feedback from people around me – including from my direct reports during our formal reviews – and can think of no downside of doing this.

What a mid-year should never feel like is a sentence pronounced by some higher authority, and anyone who is eagerly waiting for their mid-year to find out how they’re doing (or, more accurately, how their superior perceives that they’re doing), is in urgent need of having a good, open discussion with their manager about the importance of on-going communication. Nor should a formal review ever be a time to ambush colleagues or “tell them” about things that you’ve been holding on just for the occasion.

As an exchange designed to promote better outcomes, effective feedback depends not only on how it is offered but also on how it is received. This brings us squarely onto the territory of trust, one of the trickiest aspects of interpersonal relationships on any scale that you may care to think of: household, team, club, unit, organization, etc.

“On one side, monitoring, incentives, and organizational arrangement may have in some cases unintended effects on people’s attitudes. In the interviews there were many references to the organizational policies that were driving the level of trust between different units, particularly transfer pricing, warranty policies, organizational structure, and compensation systems. One top manager stated: “The complexity of our structure causes people to mistrust the intentions and the actions that people take. Not only the structure, also the bonus system.” These impersonal tools are very powerful and have important effects on the type of relationships, constructive or defensive, that will exist within the organization.” (Trust within the organization, p. 194)

Personal factors, for their part, are those that are related to individual rather than organizational characteristics. In a different article on effective communication titled “A Culture of Candor” published in 2009 in Harvard Business Review, James O’Toole and Warren Bennis offered the following example: “The pilots who’d made the right choices routinely had open exchanges with their crew members. The study also showed that crew members who had regularly worked with the “decisive” pilots were unwilling to intervene—even when they had information that might save the plane.” (3)

O’Toole and Bennis conclude that effective communication requires trust and that trust is a two-way street: “Many executives are not that enlightened, however. What they fail to understand is that trust is a symbiotic relationship: Leaders first must trust others before others will trust them.” Beccerra and Gupta, for their part, conclude that within organizations, “high-trust relationships attain lower agency and transaction costs but also greater external focus, easier transfer of knowledge and innovation as well as greater overall performance.” (Trust within the organization, p. 199)

As I am fond of repeating, I’m a practitioner, not a researcher. I can read the research and I try to, but most of my views on effective feedback have been shaped by my various experiences over many decades – at home, at work and in the dojo. I have come to the conclusion that effective feedback is a form of communication that best takes place in the moment; that one enters into it with the intent of fostering better, mutually beneficial outcomes and that it is dependent, like so many aspects of interpersonal relationships, on a strong foundation of trust.

(2) Beccerra, M., and Gupta, A. (1999). Trust within the organization: Integrating the trust literature with agency theory and transaction costs economics. Public Administration Quarterly, 23(2), 177-203.