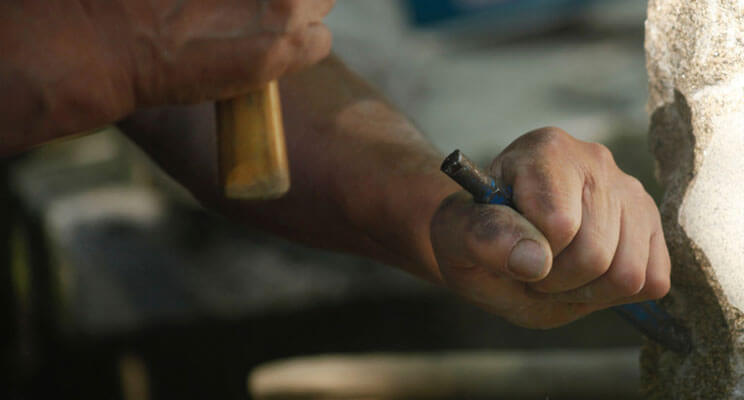 For today, that will be good enough

Those sayings convey a form of popular wisdom — the idea that there are times in life when aiming for a higher level of perfection can be counterproductive and that things should just be left the way they are. My native French has a very similar saying (“Le mieux est l’ennemi du bien“) loosely adapted from something that philosopher Montesquieu famously wrote three hundred years ago.

I do agree with the idea that at times, the desire for incremental perfection can be just plain misguided. On the other hand, I also wrote just a few weeks back about the importance of cultivating excellence in everything we do. So which one is it, you might rightly ask? Should one be satisfied with a result that is just good enough, or should one always strive to do better?

It depends on the circumstances but it’s really both. That might sound contradictory so allow me to relate a recent anecdote that will help clarify what I mean.

A few weeks ago, I was teaching kata in the dojo. In judo as in other martial arts, katas – or forms – are carefully codified sequences of movements which have been passed down the generations in order to convey some important principles and which must be executed by students in a very precise way that is imbued with both meaning and tradition. Put another way, a kata is an ideal pattern of execution to be replicated as closely — as perfectly — as possible as a means to gain a better understanding of some important aspects of judo.

For many judokas who are more used to free-style sparring or randori, approaching the study of kata can be quite daunting. As I was getting ready to address the group, composed of beginners and more experienced students, I asked everyone to come closer and sit on the mats around me.

“Learning kata”, I told the students, “is like learning how to sculpt. Imagine that you are given a bloc of stone and asked to sculpt a human head. The first step, I think, would be for you to take a large chisel and start removing large chuncks of stone until you had something that, squinting hard from enough of a distance, might look a bit like the head you wanted to get out of the stone.”

“Today, that’s all I would like you to focus on. Don’t try to work on the details. Don’t worry if it doesn’t look like what you’ve seen some more experienced judokas do. Today, and next week, and for many more weeks and months after that, all that I ask you to do is to try to see and understand the broad outlines. Over time, we will gradually incorporate more elements, more details. Eventually, as you study and practice diligently, you will begin to know enough to be able, with the help of your partners, to start working on your own at adding more and finer details.”

“The sculpture you are working on will never be finished. All your life, for however long you practice kata, you will always be perfecting it. First, it will look like something that a child would sculpt. Over time, as your skill grows, you will work on the nose, on the ears, on the eyes. Then you will work on the fine wrinkles around the eyes. You will keep zooming in, working on finer and finer details; details that an untrained eye would not even know are there; details that today you don’t even know exist. And as you discover more details, you will gain an ever greater understanding of what you do and why you do it.”

“But for today, and next week, and for many more weeks and months after that, all that I ask you to do is to try to see and understand the broad outlines, not worrying about the finer details.”

To me, the key to reconciling the pursuit of excellence with the common wisdom of “Leave well enough alone” lies in the recognition that we are all at different stages in our respective journeys — whether personal or professional. That’s why in traditional martial arts, a demonstration of skill that would trigger shame in a very seasoned master will be celebrated as a notable achievement for a recently promoted black belt.

The measure of one’s commitment to excellence doesn’t lie in what is achieved today but in the sincerity of the person’s efforts towards a higher standard. Similarly, the pursuit of excellence should not be confused with the misguided attempt to secure today a level of perfection that is beyond reach but should nonetheless be strived for diligently over the longer term.

Much more could be said on the topic but for today, that will be good enough.